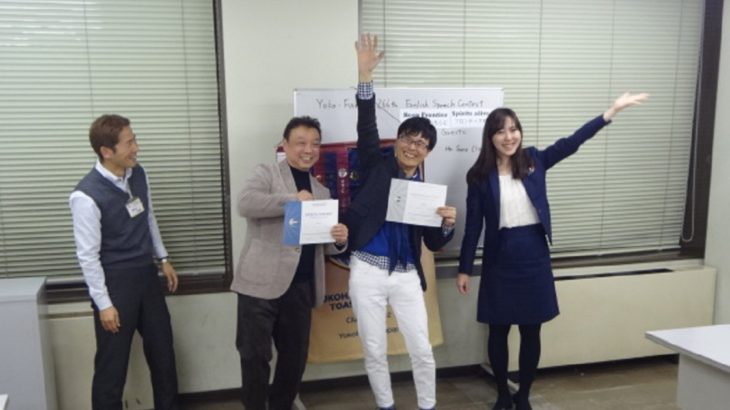 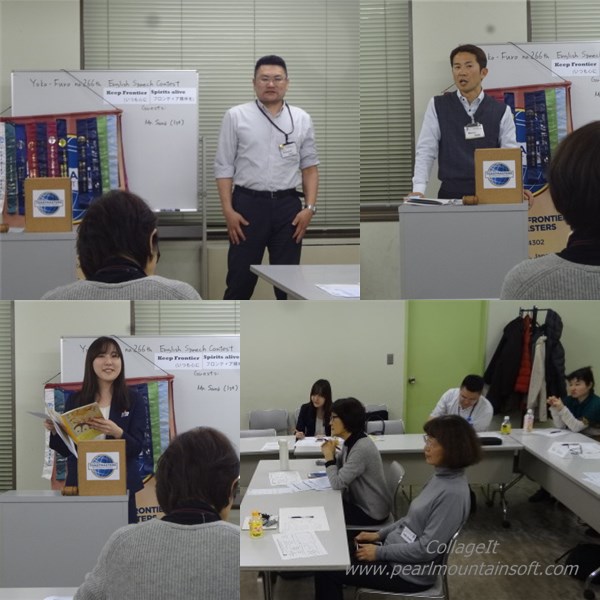 TM S.K , TM S.F ,  TM S.Y  and TM H.K  as contestant joined the contest and made a excellent speech! 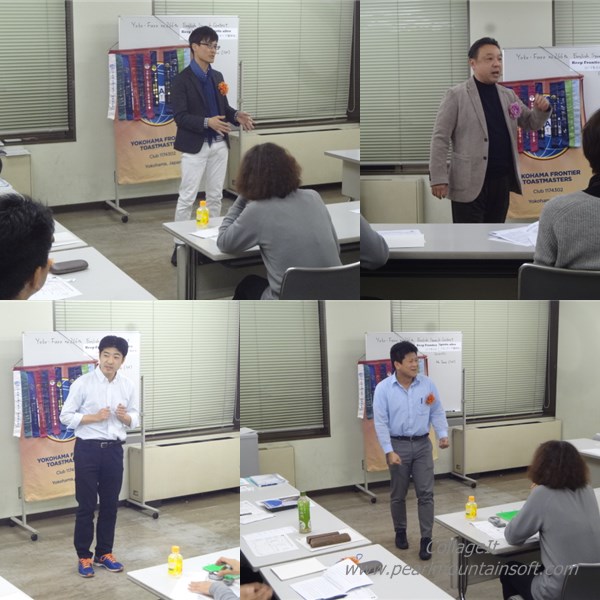 After speeches, TM T. Y had a interview  and made us happy by unexpected questions. 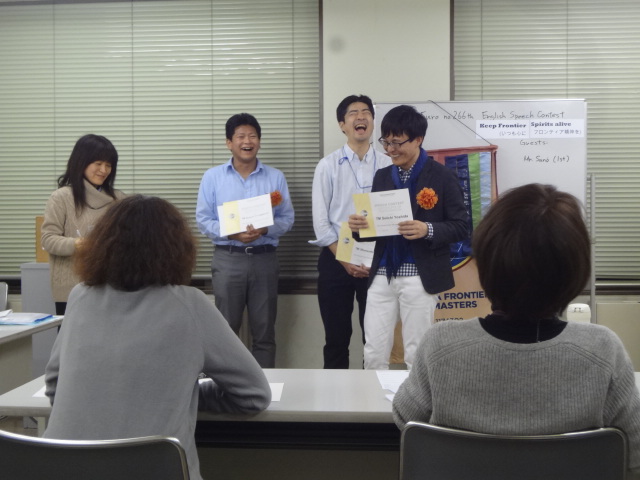 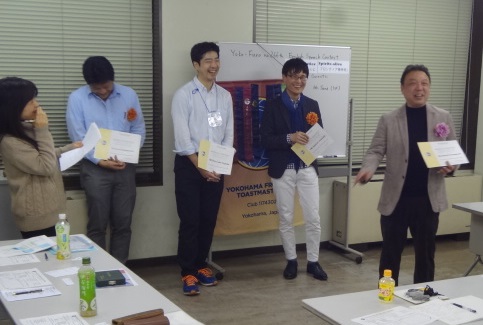 Finally, result of this contest were announced. 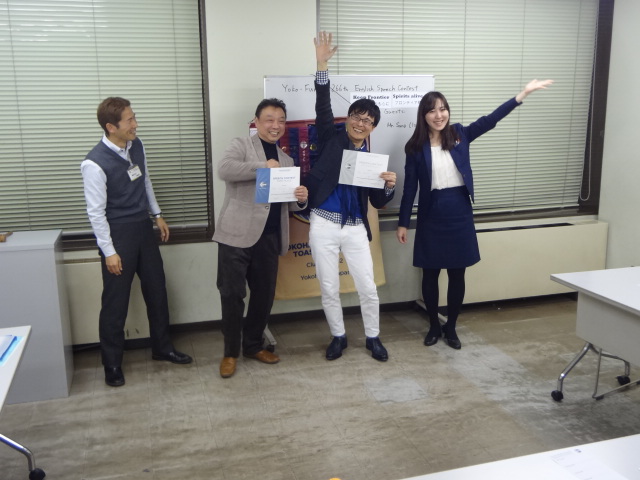